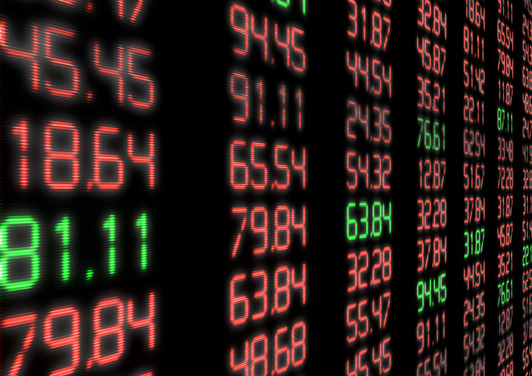 God spoke a prophetic warning that there would be coming Two Black Mondays in  the Financial Stock Market: “I saw the season to be when the leaves fall to the ground then the first crash would occur.” The ‘first ‘Black Monday’ was fulfilled on Mon., Oct. 27, 1997 when the Dow fell 554 points.  Ten months later on Aug. 31, 1998 the ‘second Black Monday’ occurred as the Dow dropped 512 points erasing virtually all market gains from the previous nine months. 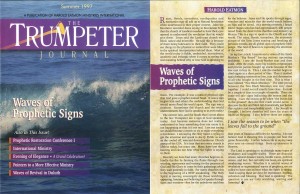 “…In my last article I mentioned a vision of the Stock Market’s ‘Big Board’ having serious upcoming problems. I saw the Stock Market soar and then crash. After the crash, many big business corporations and private parties bought up stocks because of the low cost to buy in. Then I saw the market begin to climb again in a short period of time. Then it crashed again bringing tremendous loss, ruin, and devastation to all who bought in the first time. This is what I have labeled “Two Black Mondays.” The time period between the Two Black Mondays was very close together. I could not tell exactly how close. It could be a couple of days to a couple of months. There are some tell-tale signs indicating the season and the setting. *I saw the season to be when ‘the leaves fall to the ground’ then the first crash would occur.* I also saw the Yen and Mark fall dramatically just before this sudden and inexplicable crash. Like Joseph in Genesis, I believe America will have fat years of financial blessing. I also believe there are coming lean years of financial difficulty for America. I do not believe God is showing this so
people can beat the game financially. I rather believe He is saying keep your eyes on eternal things. Store up treasures in Heaven.”

“The Lord is speaking to us through many types of revelatory and tangible waves. There are financial waves, natural disaster waves, health waves, political waves, and last, but certainly not least, are spiritual awakening waves. Whether it is natural waves of revelation or supernatural waves of prophecy, we are called to have ears to hear what the Spirit is saying. God is saying these are days for repentance, healing, salvation, and blessing. Our God is speaking. The question is, are we truly watching, waiting, and listening?” 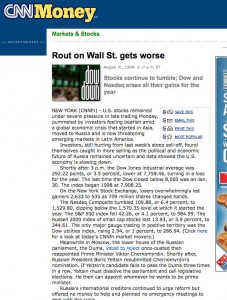 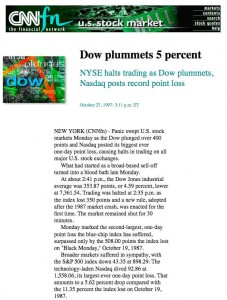 Below are just two samples of the many articles, reports and reems of analytical material that have been written about these two famous financial days.