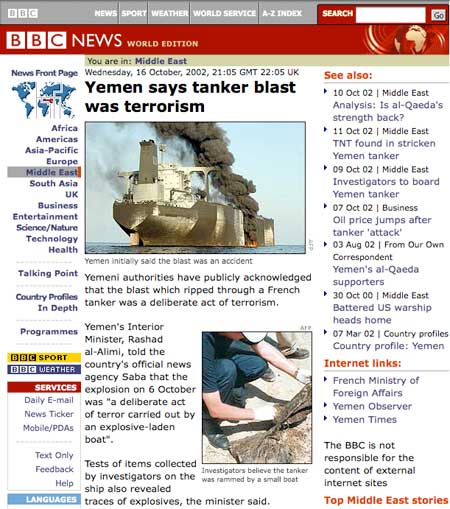 I simply want to say to you, I don’t encourage people to call me a lot and ask about the market stuff… What I said to them was, “I saw a tanker go down in the middle of the Gulf again – an oil tanker – and it was on fire.” That tells me something. That tells me something is coming our way. It tells me things are going to be happening again.

Prophecy fulfilled – October 6, 2002
French oil tanker “Limburg” was attacked by an explosives-laden dinghy off the coast of Yemen in the Gulf of Aden. The attack resulted in the short-term collapse of international shipping in the Gulf. 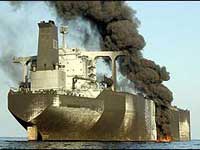 Cry to the Nations (part 1 of 2) FULL ARTICLE

Cry to the Nations (part 1 of 2) FULL ARTICLE