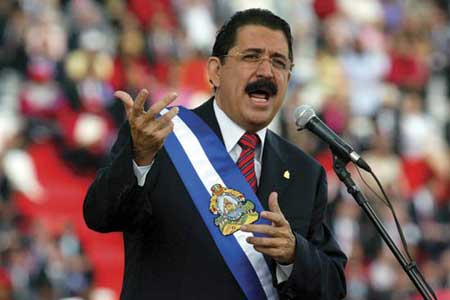 The three video clips that follow captured the prophecy live as it was spoken.

Video 1 of 3 “Preparing Honduras to Receive the Prophecy”

October 28 – Preparing Honduras to Receive the Prophecy (excerpt from meeting/video):

God is going to touch the new president of this nation [Honduras]. Hallelujah. Hallelujah. Yesterday, I was talking with the pastors, Pastor José and Pastor Norea. And as we were talking, we were believing God for this country. And what God would do. And how God would minister. And how God would speak. And God began to talk. And so I said to them, God has spoken to us [Harold and Betty] before we’ve come to this nation about the president of this country. I’ve been in other countries and have prophesied years before — in advance — sometimes three years before God picks [reveals] the next president because Christian people pray. I want to say something to you. God is speaking to this nation. And I believe I know who your next president is. And I believe that God is working it out right now. Right now some of you are going to be surprised [by] what God is getting ready to do because some of you have got your own idea. You may be shocked! You may be surprised [by] what God will do.

Listen to the Word of the Lord tonight. God is going to do in Honduras what God will do. When I prophesied in Guatemala that the next president would be Broche, people looked at me and said, “We don’t know about that. There’s political problems.” I said to them, “It will not make any difference because somebody is praying — some Christian is touching heaven. Some woman is believing. Some man is praying. And God will change this nation.” I want to say something to you. God is speaking in this country tonight. Believe me. Look at somebody tonight and use your prophetic voice. Look at someone and say, “Get ready. The victory is coming!”

Video 2 of 3 “Speaking to the Nation of Honduras”

October 28 – Speaking to the Nation of Honduras (excerpt from meeting/video):

I believe before I leave here on Sunday, God will probably release the Word of the next president for your nation. But first of all, I’ve got to meet with someone. Instead of talking to you first, I need to talk with them first. God bless you. It’s been a blessing to be here tonight. I believe in this country [Honduras]. We’re so happy to be here this evening. I just want to say to you — Betty would you come and stand with me for just a moment. I need your support here for just a moment. — We want to say to you tonight, We love you. We love you. We love you. I want to say to you this evening — We may look like U.S. citizens to you but tonight in our hearts, we are Hondurans! We are Hondurans! We too are Hondurans! And we bless you in Jesus name. Hallelujah.”

Video 3 of 3 “The Presidential Prophecy Released”

And in a moment, God gives me a Word and I just share what the Lord says to me. So I’m not advocating any political team here. Not at all. But I can tell you something. I’m not for teams or a political party. I don’t care about that. I care about the men, their families, and the will of God for their lives. That’s all that I care about. (Harold then walks over to a whiteboard on the stage, draws a rectangle, and then writes the letters “MEL” inside of it.) This is what the Lord showed me. 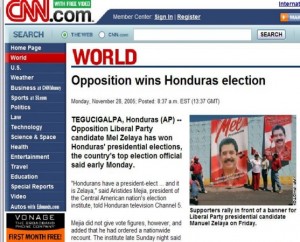